Black is the new Black 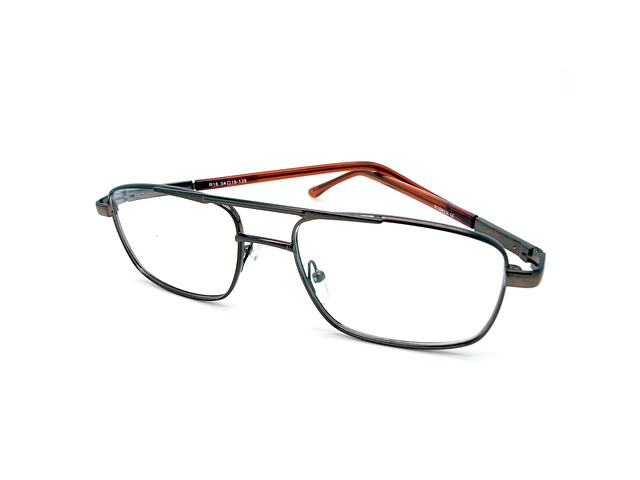 Black is the new Black

Or how your website could be unreadable, and you would not know.

What would you say if I told you that your website might look completely blank to some of your visitors? Depending upon your design choices, and the screen size, position, and lighting of your website viewer the text could become anywhere from invisible to simply hard to read. 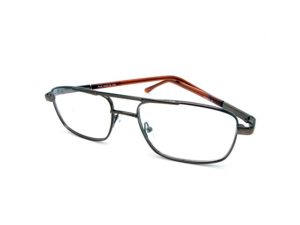 Websites have to work on every device

Most people are now aware of the fact that a website needs to look good, and to function effectively, both on PCs and on mobile devices. And though this may cause a lot of extra technical and design work it really is unavoidable. As the website owner you have no influence on whether your visitor will visit and read your website on their PC or on their phone or their tablet.

Gone are the days of saying “This site best viewed using Internet Explorer at 800×600”.

Though that made it easy for the webmaster and designer it didn’t allow for the reality that customers are going to use whatever device they prefer, whatever browser they happened to like most, and your it is up to you to ensure that your website works correctly for them.

The customer is always right now extends to the customer’s choice of viewing device.

The customer is always right now extends to the customer’s choice of viewing device. 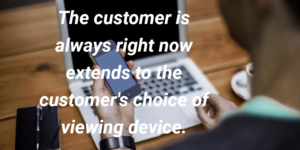 So how can a website look blank? The problem arises over the technology of the LCD screens which are used on basically every computing device, whether mobile or desktop. There was a time when CRT monitors were one of the options, but those are long gone with very few exceptions, but LCD monitors have technical limitations which may amplify problems with design.

Specifically the problem comes down to the viewing angles that LCDs require. They don’t look equally good at all angles, and though the best screens such as those found in iPads and top end phones do work well from any reasonable angle there are still plenty of screens in use that do not.  The most common problem ones are those in mid-range laptops and notebooks, they often clearly have one better angle than others.

At the wrong angle the contrast of things on the screen becomes lower.

The blacks are less black, and the whites are less white.

Specifically the problem being discussed here is that light grey and dark grey start to look a lot more similar. Not a problem you might say, except for the recent preference for non-black text. Grey text can be less harsh and easier on the eyes. And an off white background is seen by many as avoiding that glaring hospital-tile look.

It is only going to get worse

The problem is particularly acute for people as they age, in fact it is a recognised medical condition and there is a optometrists eye chart called the ” Pelli Robson contrast sensitivity chart” specifically to measure it.

Older people.  Not necessarily Senior Citizens and those entitled to take public transport in Hong Kong for HK$2, but really anybody significantly over the age of 40.

People using mid-range laptops.  Which is an awful lot of people both professionally and personally using things like HP, Acer and Dell notebooks which are not the highest end.

Does that look at all like someone who might be in your customer demographic?  If so then this applies to you.  And for most businesses, particularly B2B ones in HK, it almost certainly holds true.

Why does this issue not come up during the website design process?  Well it doesn’t take much reasoning to figure that out.  Just picture your web designer, either your actual one or a hypothetical “typical” one.  Are they over 55 years old?  Do they use a mid-range laptop to work?

At the risk of being age-ist, PC-brand-ist or worse I’d say a mid-30s person using a high-end Apple display is a much more likely description of the web designer.  And for them, that dark grey text on a light grey background looks perfectly ok.

But try asking someone a little older, who might be using a few year old workable but not high-end laptop, and see what they think.  Do they reach for their glasses when you ask them to view your website?  Do they squint?  Move their head up and down, closer and further trying to get a clear view?  If they just say “Oh it’s fine” but you think they didn’t really pay attention, try saying “Can you read the text aloud so I can see how it sounds?” and see if they really can read it.

Or you could spend some money on some proper usability testing.

I Saw it in Black and White

“I saw it in Black and White” is an English idiom, meaning something is true because it was seen in print, particularly in a newspaper. 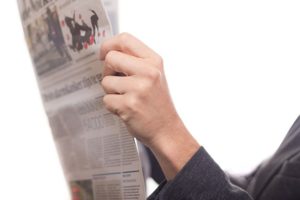 One safe way out is simply to use Black text, on a White background.  And feel confident that pretty much everybody who reads will be able to read it.There is a reason that ink technology has been developed since the Chinese invented it in 2500 B.C., and paper has been becoming whiter and whiter since paper bleaching was invented in the 19th Century, and that reason is because high contrast between lettering and background makes text more readable.

If having readable text is a priority for you, and I think anybody developing sales copy anywhere will agree with that, then keep the contrast between your text and your background as high as you can.

Raymond Lowe is an Internet Marketing Analyst at WL Media HK. He has been helping companies make better use of technology since before the internet was a thing. Follow him on Facebook for the latest on Internet Marketing and how it applies to Hong Kong businesses.